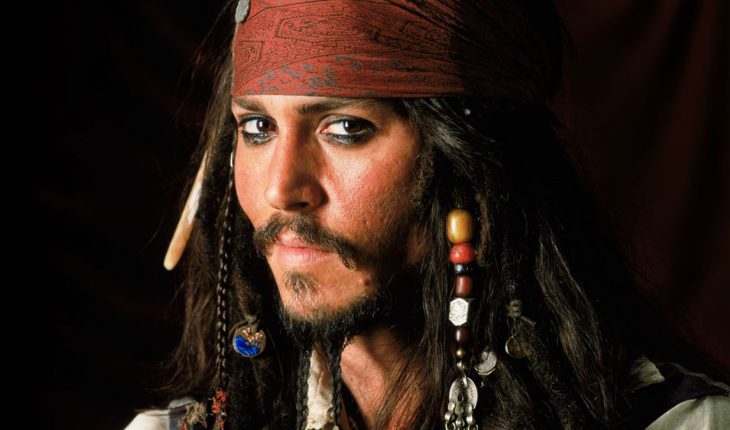 Johnny Depp lives in France (Medoun in Paris) with his fiancé Vanessa Paradis. However he also has a home in Los Angeles CA and bought an island in the Bahamas.

He was born John Christopher Depp (June 9, 1963) in Owensboro, Kentucky. His mother Betty worked as a waitress and his father John Christopher an engineer. He has a brother and two sisters. His parents separated in 1978 and this affected Depp deeply. He often hurt himself and to this day has these self inflicted scars.

The first big break of Johnny Depp’s career came when he landed a role in the TV crime drama series 21 Jumpstreet. The show would become a hit and Depp was regarded as a teen idol. He felt uneasy about it. Depp made a commitment to only appear in films and shows he was comfortable with.

His first big role came in the 1984 movie A Nightmare on Elm Street. Two years later he had a supporting role in Oliver Stone’s Platoon. However it was in 1990 when he completely shed his teen idol image.

He played the lead role in Tim Burton’s Edward Scisscorhands. Johnny Depp also played offbeat roles in movies like Benny and Joon and a troubled writer in 1998’s Fear and Loathing in Las Vegas.

His portrayals of eccentric characters earned him critical acclaim. But he also found box office success, notably in his role as Jack Sparrow in the Pirates of the Caribbean trilogy. His performances in the three films have proven very popular among fans and film critics alike.

His other film credits include Ed Wood, the 9th Gate, Sleepy Hollow, Beetlejuice and many more. One of his most recent works is appearing in the Imaginarium of Dr. Parnassus.

Among his latest works was Sweeney Todd: the Demon Barber. He also narrated a documentary about the life of writer Hunter Thomson. He also played the role of Dillinger in the film Public Enemies. He is slated to play the Mad Hatter in a big screen adaptation of Alice in Wonderland.

Depp has won numerous acting awards. These include the London’s Critics’ Circle, the Screen Actors’ Guild and a Golden Globe Award for Best Actor. He has also received acting awards from the MTV Movie Awards and many others.

Johnny Depp has consistently stated in interviews that his choice of movie roles is dependent on the film’s quality rather than box office potential. Yet he has become one of the few actors to successfully portray characters that both critics and fans adore.