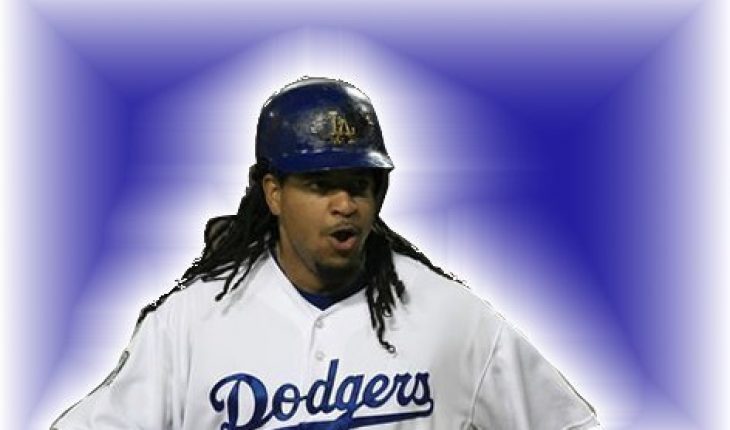 Manny Ramirez has a home in Los Angeles. He also has a house in Miami, Florida not that far from the Florida Marlins’ stadium. He used to have an apartment in Boston when he played for the Red Sox.

He was born Manuel “Manny” Aristides Ramírez Onelcida in Santo Domingo in the Dominican Republic on May 30, 1972. His youth was spent in Washington Heights in New York. As a high school baseball player he was named the New York Player of the Year in 1991. In 1999 he was inducted into the New York City Public School Athletic Hall of Fame.

Manny Ramirez played in the Minor Leagues and was named Player of the Year in 1993 while batting .333. He was drafted by the Cleveland Indians later that year. In his first year he had a batting average of .269. He also had 60 RBIs and 17 home runs in 17 games. He got his first Silver Slugger in 1995 and was voted in the All Star Game.

He also had 41 home runs and 125 RBI. In 2002 he won the American League batting title with an average of .349. In 2004, he led the Red Sox to a World Series Championship. He was also named the MVP of the championship series.

In 2008, Ramirez was traded to the Los Angeles Dodgers. He made his mark immediately, being named Player of the Month in August with averages of .415 and 7 doubles, 25 home runs and 9 RBIs.

As gifted as he is, Ramirez has been criticized for his behavior. He has had several altercations with his teammates. He has also been castigated for having lapses and errors on base.

Manny Ramirez has won the Silver Slugger award nine times. He is only one of 25 players to have over 500 home runs. Ramirez has 21 grand slams, more than any active player. In fact it is only second to Lou Gehrig’s record of 23. He has been named to the All Star Game a dozen times.

He was also the AL home run leader in 2004. His career earnings have been estimated to be over $162 million. This does not include his commercial endorsements.

Manny Ramirez is one of the most popular and colorful players in the game. While he has sometimes drawn flak for his behavior, he remains one of the most gifted hitters the game has ever seen.